“Recycle or the planet gets it!”

We’re big on ethics. We even wrote the book on ethical marketing.

So when we read that Ikea was one of several companies contributing to landfill, due to their cardboard packaging, we decided to do something positive about it.

Instead of trying to make customers feel guilty, “Recycle or the planet gets it!” we decided to engage them in a solution – UPP CYKEL.

It was inspired by a simple act – we bought a new bin for the office. It came in a large cardboard box. Which was ironically going to end up in the bin and maybe landfill.

So we thought, “how can we reduce cardboard waste and create something useful?”

We created UPP CYKEL, an idea we think any company using a lot of packaging like IKEA, Amazon and electrical goods manufacturers could use.

Useful. 70% of the cardboard has been ‘upp cyckeled’. Everyone is happy.

And it’s a sustainable idea because you can just keep inventing new template ideas – we already have over 40. 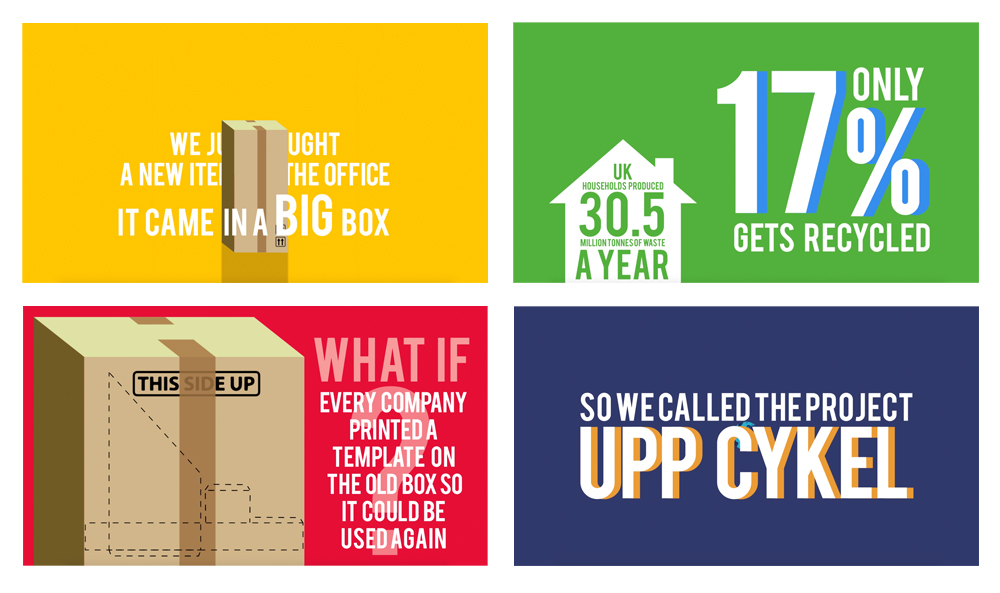 PREVIOUSSing London: Case Study
BACK TO ALL PROJECTS